Native American and Indigenous Nurses You Should Know About

Native Americans face disparities in healthcare, but these five trailblazing nurses confronted the medical system to improve healthcare access and outcomes for Indigeneous people. Read about their legacies.

The accomplishments of Native American nurses often remain overlooked. However, Native Americans and Indigenous people have a history in medicine that dates back thousands of years.

Healers in 1,000 B.C. used native plants, such as peyote, for anesthesia. Native Americans sang healing songs passed down from generations and made poultices for medicine. Indigenous nurses who recognized the benefits of traditional medicine have incorporated it into Western medicine, while often facing backlash.

Despite the important contributions made in healthcare, Native Americans and Indigenous people have a life expectancy of 5.5 years less than other communities in the United States, according to the Indian Health Service. More than 5 million Native Americans and Indigenous people face drastic health disparities. These communities encounter some of the highest rates for heart disease, diabetes, and chronic liver disease.

The five trailblazing Native American nurses featured here overcame discrimination to pursue their education and made it their mission to improve healthcare for their communities.

Born in 1928 on the Poundmaker Cree Nation in Saskatchewan, Jean Cuthand Goodwill moved to the neighboring Little Pine First Nation with her adopted parents after her mother died.

Cuthand Goodwill's nursing career spanned nearly four decades. In 1954, she became one of the first Indigenous registered nurses (RNs) in Canada after graduating from Holy Family Hospital in Prince Albert. She continued to work into the 1990s, serving as an officer in the Order of Canada.

Cuthand Goodwill worked as a midwife, served on the Indian Health Service's all-Indigenous nursing staff, and became co-editor of the Indian Times. She also helped create the University of Saskatchewan's Native Access Program to Nursing.

Born in South Florida's Indiantown to Ada Tiger and Abe Partan, Betty Mae Tiger Jumper made it her mission to improve the health of the Seminole people.

Jumper could not attend local schools because of segregation and moved at 14 years old to North Carolina to attend the Cherokee Indian Boarding School. Jumper vowed to use her education for good, stating, "I am deeply grateful for the education I have received, and I want sincerely to use it in the interest of my people." She became one of the first Seminole Indians to earn a high school diploma.

In 1970, President Richard Nixon named Jumper chairperson of the National Council on Indian Opportunity. Florida State University awarded her an honorary doctorate in 1994. Jumper died in 2011 at 88.

She attended school in New York after being discriminated against in Canadian nursing schools. During World War I, at 27 years old, Monture volunteered with the American forces and became the only First Nations nurse to serve.

Monture's diary documents her experiences helping the wounded during World War I. It includes her service for more than a year in France.

An enlisted service member, Monture became the first First Nations woman to vote in a Canadian federal election. She continued to advocate for voting rights in Canada's Indigenous communities and even opened her home as a polling site following the Indian Act.

Monture worked as a nurse until the 1960s. She died days before her 106th birthday. Her daughter Helen Moses co-founded the Canadian Indigenous Nurses Association.

Moss lost her mother to diabetes, a sister to liver failure, and a brother to HIV/AIDS. Moss is an associate professor at the University of British Columbia's School of Nursing and First Nations House of Learning director. She carries the distinction of being the only American Indian with a doctor of philosophy, juris doctorate, and RN license.

Throughout her nursing and academic career, Moss drew on her cultural background as a member of the Mandan, Hidatsa, and Arikara Nation to advocate for Indigenous patients.

She wrote the American Indian Health and Nursing textbook to advance culturally sensitive healthcare for Native Americans. It emphasizes a balance of spiritual, mental, emotional, and physical healthcare. This year, she joined the Forbes "50 Over 50 Impact" list. The list highlights women leaders influencing their communities.

Orphaned after her birth in 1903, Yellowtail lived with her missionary foster family in Pryor, Oklahoma. She attended Indian boarding schools in Oklahoma and Montana and graduated from the Boston City Hospital's School of Nursing in 1923. Yellowtail became the first RN from the Crow Nation and first Native American in the U.S. to earn a nursing degree.

After graduating from college, Yellowtail returned to the reservation to work at a Crow Agency hospital and serve as a tribal consultant for the Public Health Service. She became an advocate for Native American patient rights after allegedly becoming sterilized without her permission following the birth of her third child. She also worked as a midwife, incorporating cultural beliefs in the birthing process. Yellowtail died in 1981.

History has often dismissed Indigenous people — but these Native American nurses have earned a place in nursing history. They shared a dream to improve the condition of Indigenous populations. They also hoped to create a space for tribal beliefs and customs in Western healthcare.

Their work to address healthcare gaps experienced by Indigeneous communities continues. For instance, the Indian Health Service through the American Indians Into Nursing Program provides grants to public and private nursing schools.

The funding goes to program initiatives that seek to encourage Native Americans students in their nursing education. These include RN, nurse midwife, nurse anesthetist, and nurse practitioner programs. Research shows that a more diversified workforce can increase healthcare access and patient outcomes, particularly in these native communities. 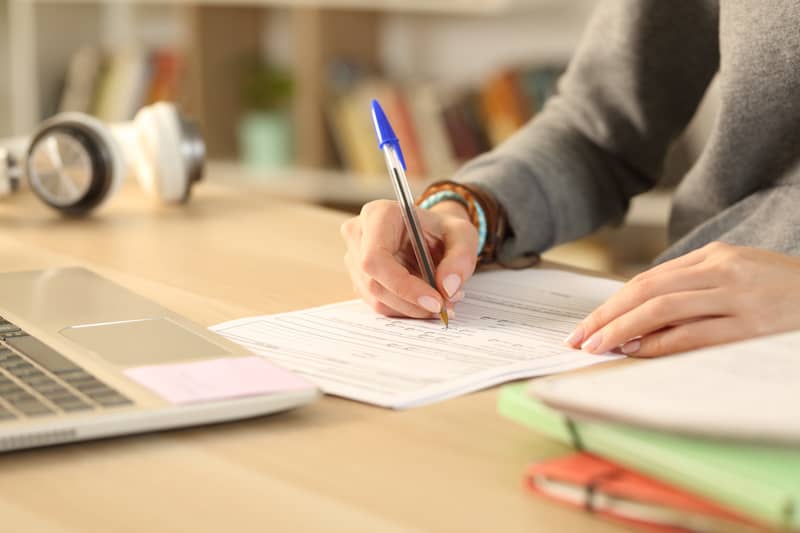 The cost of higher education may be rising, but nursing scholarships and grants can help prospective nurses pay for school. Along with general nursing school…
Gayle Morris, RN, BSN, MSN

How Nurses Can Address Disparities in Infant Mortality

Explore the social and racial disparities that exist with infant mortality rates and ways in which nurses can help combat those disparities.