Addressing the Underrepresentation of Black Women Among Tenured University Faculty

Senior Nurse Writer Joelle Jean has been a nurse for more than 10 years and family nurse practitioner for over three years. She has a background in pediatric emergency room, labor and delivery, and primary care medicine. Her passion for the nursin...

Barriers to getting tenure-track nursing faculty positions for underrepresented women continue to exist. Explore what these barriers are and what you can do.

Edna Aurelus, DNP, FNP-BC, accepted a position six years ago as a tenure-track assistant professor. Her plan? To work hard toward fulfilling the requirements for tenure and receive a promotion.

As a tenure-track assistant professor, getting tenure and promotion guarantees job security. You also get a raise, better benefits, promotion, and not to mention prestige, says Aurelus.

"It was a grueling process. Thank goodness I was able to get both, but I worked my butt off," she says.

But not everyone is as lucky as Aurelus. Underrepresented women in academia face long-standing barriers to full-time tenure-track faculty positions. The lack of minority faculty representation, and the gender pay gap in nursing faculty, continue to be an issue, despite the increase in diversity among college students.

Tenure and promotion preparation begin in the first year of teaching. By the sixth year, candidates should be prepared to submit their applications for academic tenure. Applications are evaluated by several faculty committees, including the president of the university. Finally, the board makes the final decision to accept or decline.

Unfortunately, a major barrier Black faculty members face when seeking leadership roles is a greater level of scrutiny of their work than their white colleagues.

Sharon Cobb is the director of prelicensure nursing programs at Charles R. Drew University of Medicine and Science (CDU), a historically Black graduate institution. She feels supported as a leader but knows others at predominately white institutions find it more difficult to find a supportive environment.

"A lot of times, as a person of color, everyone is scrutinizing their track record," she says.

Women only make up 42.5% of full-time tenured or tenure-track faculty members.

These barriers were present in a couple of recent high-profile academic cases:

These examples show institutions do not value the amount of research and scholarly work BIPOC faculty contribute to academia. Even when prominent scholars such as Hannah-Jones and West exceeded the expectations of their tenure criteria, their work was still not seen as enough.

The Importance of Representation in Higher Education

The importance of nursing representation in higher education greatly impacts students because it offers a source of support. Representation also opens doors for opportunities that faculty may perceive are closed off to them.

The lack of representation also cast shadows on nurses who contributed to higher education and society. "I went through nursing school with the idea that none of the nurses who made an impact in society were Black," Aurelus says.

After researching, Aurelus discovered nurses like Mary Jane Seacole, a British-Jamaican nurse and businesswoman who helped care for soldiers during the Crimean War, and Estelle Massey Osbourne, who became the first Black assistant professor at NYU in 1946.

"The world must know about these women, as it is relevant for professors like myself to know and share their stories to [our] students," Aurelus says.

Aurelus believes these nurse leaders have paved the way for her to stand proud as a professor today.

A tenure-track assistant professor must put together a comprehensive and data-driven portfolio by the end of their sixth year. Universities that offer a mentorship nursing program will equip underrepresented nurses with the tools they need to feel supported.

Historically Black colleges and universities (HBCUs) have created initiatives to improve the health and wellness of the Black community. They have done this through their nursing programs.

Of the 101 HBCUs, 32 offer nursing degrees. If institutions partner with HBCUs, this is another avenue to support underrepresented nurses in academia.

Not many nursing journals are Black owned. "A prospective tenure-track professor article submission may not be of interest for particular journal publishers, [which] may result in the rejection of one's scholarships," Aurelus says.

Not only should institutions support Black-owned nursing journals, but the nursing journal industry should also encourage a diverse pool of articles.

Shining light and creating systems to improve the well-documented barriers faced by underrepresented faculty members can help encourage others to pursue tenure. Their presence and expertise are valuable to the student body.

"You will face moments of discouragement, you will cry, you will get mentally and physically sick at the blatant disrespect and microaggressions you will have to face; however, do not deter, stand strong," Aurelus advises.

She further encourages nurses to work hard and "remind yourself you deserve to be in the room as anyone else."

Cobb advises leveraging social media and connecting with Black leaders on their social media platforms. "I have had people contact me on LinkedIn to just connect or send their CV to ask me for advice and mentorship," she says.

Edna Aurelus is an associate professor and alumna of Wagner College. Aurelus earned her doctorate in advanced nursing practice at Arizona State University and a postdoctorate in psychiatric mental health.

Aurelus is board certified as a family nurse practitioner and psychiatric mental health nurse practitioner. She is currently the lead professor for the psychiatric nursing course at Wagner College and author of several peer-reviewed articles. She co-authored a chapter in the book "Trauma Informed Classrooms: What We Say and Do Matters." 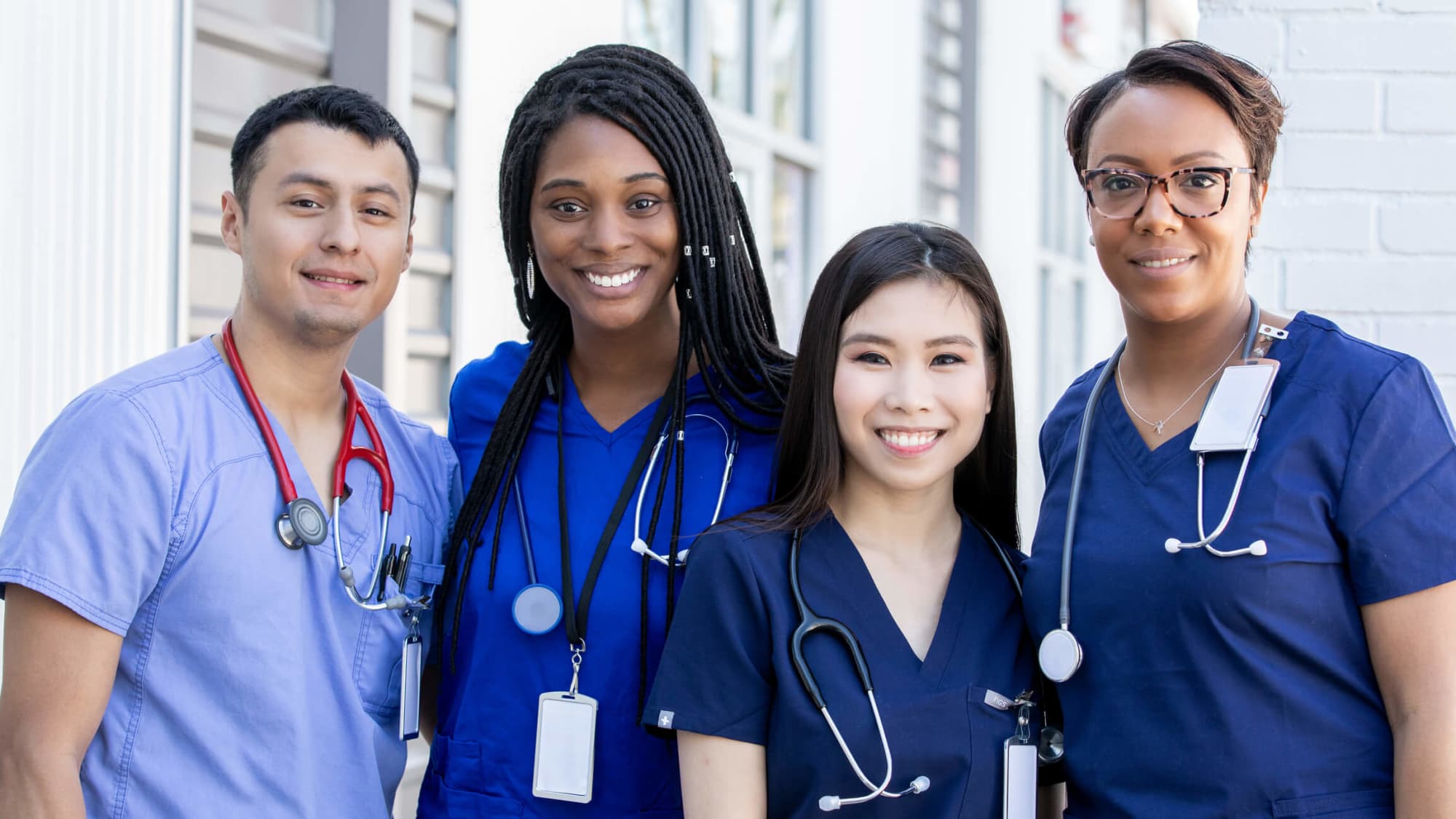 AAPI Mentorship, Representation, and Entrepreneurship: A Conversation With Nurse Clara

Clara Jones, known as Nurse Clara, shares her journey as an entrepreneur and the impact AAPI mentorship and representation has had on her career.
by

Senior Nurse Writer Joelle Jean has been a nurse for more than 10 years and family nurse practitioner for over three years. She has a background in pediatric emergency room, labor and delivery, and primary care medicine. Her passion for the nursin...