Psychiatric nurse practitioners are similar to psychiatrists, but there are differences in education and scope of practice. Get details on both careers.
Credit: SDI Productions | E+ | Getty Images

Psychiatrists and psychiatric nurse practitioners (NPs) assess, diagnose, and treat patients with behavioral and mental health conditions. The two roles share some similarities, but there are differences.

Psychiatrists are medical doctors who have completed medical school and residency, while psychiatric NPs are advanced practice registered nurses (APRNs). The scope of practice for each role varies by state, with some states limiting psychiatric NPs' duties.

Keep reading to learn more about the similarities and differences between these two careers, including educational requirements, salary potential, and job duties for each role.

In many ways, these two careers overlap. Both PMHNPs and psychiatrists assess, diagnose, and treat patients. Treatment may include analysis, psychotherapy, counseling, medication, and hospitalization. Both use in-depth knowledge of human behavior and mental health conditions to help patients manage symptoms associated with mental health and substance use disorders.

Years to Become a Psychiatric NP

Years to Become a Psychiatrist


Psychiatrists attend medical school after earning a bachelor's degree, then complete a four-year psychiatric residency. In total, becoming a psychiatrist takes a minimum of 12 years, while it typically takes 8-10 years to become a psych NP.

Both psychiatrists and psychiatric NPs use the Diagnostic and Statistical Manual of Mental Disorders (DSM) to diagnose patients, and they follow the same treatment protocols. Both order appropriate diagnostics to monitor treatment, provide psychological assessments, and develop treatment plans. Treatment may involve psychotherapy and counseling, medication, or even hospitalization.

Key Differences Between PMHNPs and Psychiatrists

Although psychiatrists and psychiatric nurses practitioners share many similarities, their roles are not entirely the same. The education and licensure requirements for each position vary, and scope of practice may differ considerably depending on location and state laws.

Psychiatric nurse practitioners begin their careers as RNs after earning a nursing degree and passing the National Council Licensure Examination for Registered Nurses (NCLEX-RN). After at least two years of practice, RNs can apply to programs that prepare them to become advanced practice nurses.

Psychiatrists, on the other hand, begin their careers by attending medical school after earning a bachelor's degree, followed by a residency in psychiatry. Unlike psychiatric NPs, psychiatrists can choose a concentration such as child, addiction, or forensic psychology during their studies. On average, it takes two years longer to become a psychiatrist than a nurse practitioner.

Both psychiatric nurses practitioners and psychiatrists must be licensed to practice. Psychiatric NPs must hold an active RN license to qualify for graduate-level or doctoral programs.

Psychiatrists can seek certification from the American Board of Psychiatry and Neurology once they meet the education, training, and experience requirements. The American Nurses Credentialing Center (ANCC) offers certification for psychiatric NPs. Both credentials are optional and exam based.

According to the BLS, psychiatrists enjoy the highest wages working in home healthcare, followed by government agencies (not including schools or hospitals), residential care facilities, and outpatient care facilities. Psychiatrists employed in doctors' offices, including private practices, also fall among the top earners.

The highest-paying industries for NPs, in general, include community relief organizations, religious organizations, residential mental health and substance use facilities, and outpatient care centers. However, like psychiatrists, PMHNPs typically earn high salaries in private practice. Job opportunities for both careers are most common in hospitals and physicians' offices.

BLS data indicates that psychiatrists earn the most money in North Dakota and Kansas, where they enjoy annual median wages of $288,060 and $281,410, respectively. Other high-paying states include Minnesota, New Mexico, and Nebraska.

While North Dakota and Kansas may pay psychiatrists well, professionals are more likely to find a job in Rhode Island, New York, Maryland, Hawaii, or the District of Columbia. In fact, New York tops the list for the highest concentration of psychiatrists in the U.S., followed by California, Texas, Florida, and Pennsylvania.

There is no overlap between high pay and job availability for NPs. The most opportunities exist in Mississippi, Tennessee, Alaska, Kentucky, and Maine. However, there is some overlap between the most lucrative positions and the highest concentration of NPs, with the largest numbers found in California, New York, Texas, Florida, and Ohio.

How to Decide Which Career Is Right for You

With so many similarities between the two roles, it can be challenging to choose a career path. Both practitioners diagnose and treat patients who face mental health and psychiatric challenges. Whether you work in private practice, a hospital, or residential care facility, you can make a measurable difference in others' lives.

Although it takes longer to become a psychiatrist, this career path offers greater earning potential. Psychiatrists enjoy full autonomy and do not need supervision to practice in any state or setting. Psychiatrists can also focus their education and training on a specific population.

On the other hand, some cost-minded nurses interested in mental health pursue APRN licensure and certification after beginning their nursing careers. The Association of American Medical Colleges estimates the cost of medical school at over $200,000, while it costs just over $100,000 to become an advanced practice nurse. Working nurses may enjoy access to additional financial aid sources like employer tuition assistance.

Psychiatrists are medical doctors, having earned an MD or a DO and completed a psychiatric residency. Psychiatric nurse practitioners are advanced practice RNs who have completed a graduate program such as a master's or doctorate and worked as licensed nurses. Both diagnose and treat mental disorders.

Both psychiatrists and psych NPs can assess, diagnose, and treat patients with mental health conditions. They may also prescribe medication. However, psychiatric nurse practitioners can practice autonomously only in 22 states and the District of Columbia. Psychiatrists receive formal residency training and have the option to specialize in specific populations or conditions. Psychiatrists may practice without restrictions.

See: What to Know About Seeing a Psychiatric Nurse Practitioner

Psychiatric NPs are qualified to assess patients and make diagnoses based on the DSM. Depending on the laws in their state, a psychiatrist may be required to sign off on the diagnosis and treatment plan before moving forward. For example, some states require a psychiatrist to sign off when an NP recommends involuntary commitment.

How to Become a Psychiatric Nurse Practitioner

Individuals who want to become a psychiatric nurse practitioner must first receive nursing licensure before getting additional education, experience, and certification.

Earn a bachelor of science in nursing (BSN)

Begin your nursing career with a four-year BSN program to prepare for RN licensure. Programs include core coursework in nursing as well as specialty courses and clinical experience.

Upon graduation, request an authorization to test from your state nursing board. This allows you to register for the NCLEX-RN. When you pass the exam, you may become a licensed RN in your state.

Most advanced nursing programs require applicants to have a minimum of two years of nursing experience. Consider working within the psychiatric RN field to begin gaining experience.

Earn an MSN or a DNP

An MSN is required to become an advanced practice nurse. Some choose to go further with a DNP. Choose a program that offers a concentration in psychiatric nursing. Programs combine specialized nursing education with clinical experience.

Pass the national credentialing exam to become certified as a PMHNP

Pursue certification through the ANCC and an NP license through your state nursing board. Every state maintains individual education, experience, and examination requirements, but psychiatric NP positions in certain states require certification to practice specifically with this population. Seek additional certifications as you gain professional experience. Credentialing options are typically exam based.
Learn More About Admission Requirements for PMHNP Programs

How to Become a Psychiatrist

Psychiatrists are medical doctors and must attend medical school to earn an MD or a DO. Prospective psychiatrists begin by earning an undergraduate degree, completing a residency, and gaining board certification.

Start your medical career by completing a bachelor’s degree. Consider a premed program or a science-related major to improve your chances of medical school admission.

The MCAT is a standardized test that assesses your readiness to study medicine by evaluating your knowledge of scientific principles and problem-solving, critical thinking, and writing skills. Score requirements vary among medical schools.

Earn an MD or a DO

Complete a residency program in psychiatry

Psychiatrists complete a four-year residency in both inpatient and outpatient settings to gain clinical experience. Most psychiatrists select a specialization during or after their residency.

Earn and maintain license and board certification

Pass the required examination to earn state licensure. You may apply for board certification which requires a review of your education and experience as well as passing a board exam.

How to Become a Nurse Practitioner 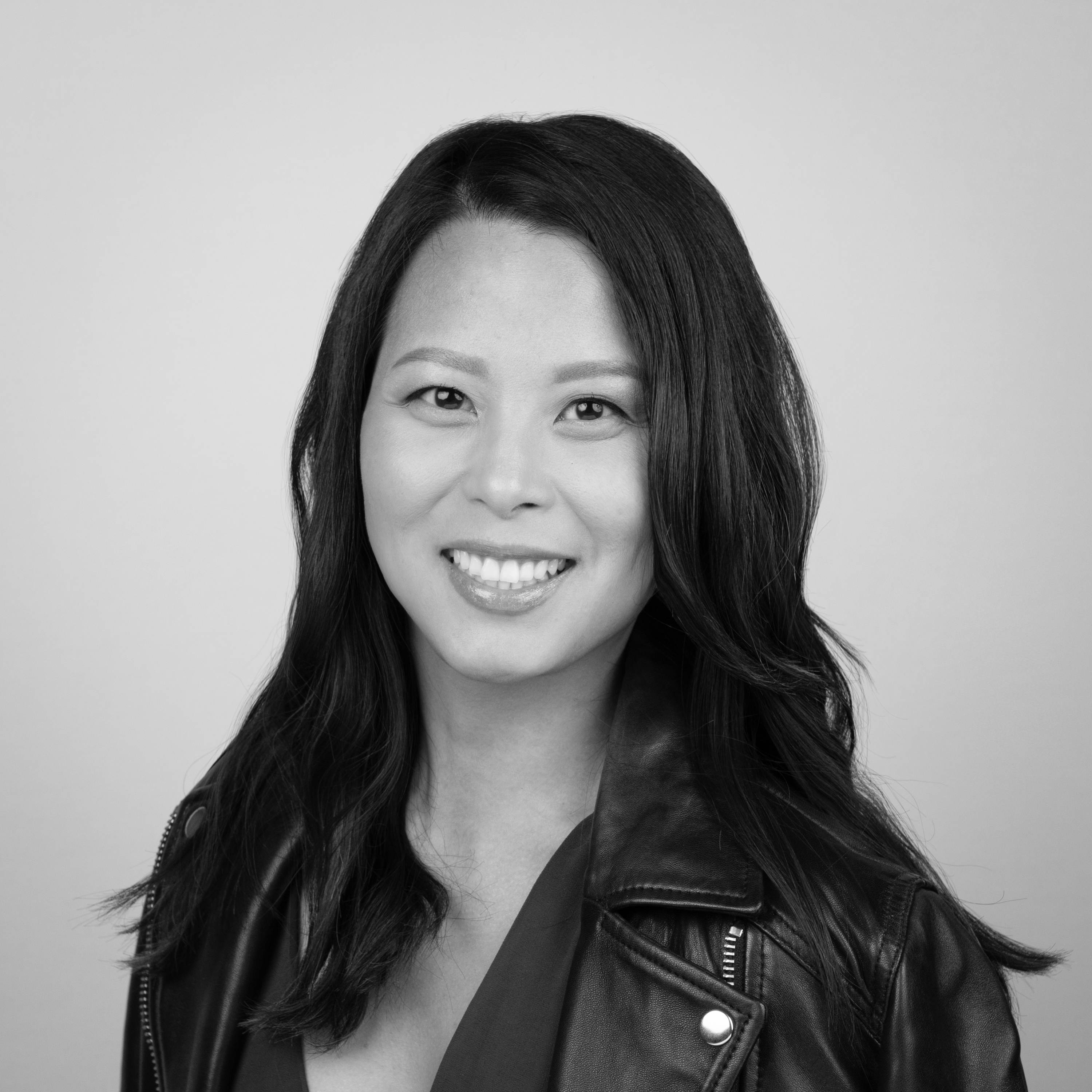 Luu is a paid member of our Healthcare Review Partner Network. Learn more about our review partners.